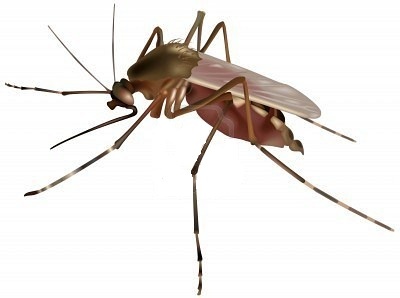 History
Kent writes: «When this remedy is needed your patient will present to you a picture of something on fire, he burns like something he would like to mention and perhaps does mention the place, the itching and burning are present every where in this remedy, he rubs and scratches wherever the eruptions appears.» Planets: Mars.

Homeopathic
Culex produces vertigo on blowing the nose. Edematous swelling. Sensation as of cold air blowing through a hole in clothes on the chest or back. Menses stain indelibly. Griping pain down over hips, then into the womb.

A right-sided remedy with the strange feeling of having been poisoned. There are sharp stinging pains all over the body like needles, lightning-like.

Pains darting here and there, aggravated by light pressure and ameliorated by hard pressure. Pain, itching, burning, are worse in a warm room and better in the open air. He is so tired and weak that he can scarcely move, cannot walk straight with soreness and aching all over the body.

So nervous that he finds it impossible to keep still, there is almost constant motion of the hands and feet. (Zinc)

Symptoms
Mind
Impatience, a willingness to quarrel, anxiety and fear or death, poor memory and a disinclination for all work, he is so busy scratching to relieve the itching and so busy walking to relieve the restlessness, that any interruption makes him impatient and ready to quarrel.

Abdomen
Cramps in the abdomen during stool with rumbling and the passing of much offensive flatus, these colicky pairs come on about 10 a.m. and last from one to three hours. On the abdomen are blotches the size of a twenty-five cent piece, itching burning with little pimples on the blotches.

Back
A dull pain in the right side in the region of the kidney extending up the back to the occiput.

Chest
Cutting pains in the right pectoral muscles and the right side of the neck is swollen.

Ears
The ears come in for their share of trouble with swelling of the parotid glands and soreness on pressure, pain as if he were going to have mumps, sharp pains in both ears followed by watery discharge of the same sticky character that is present in the saliva.

Eyes
In the right eye there is a feeling of fullness extending to the parotid gland from there to the sub-lingual and finally involves the right side of the face and head. The margins of the lids are sore and crusted over, the inflammation of the lids is worse in the morning with a discharge of sticky fluid, the eyeballs are inflamed and there is stye-like ulceration.
Rending pains in the eyeballs, he could not keep his eyes open yet it pained to keep them shut, the eyes feel tired.

Face
The sub-maxillary gland is swollen and tender on pressure. The eruption on the face and between the eyes contains a colorless fluid, there will also be swelling and puffiness under the eyes in keeping with this remedy we find the heat and redness of the whole right side of the face with a sore bruised feeling.

Female
The vagina has the same itching, burning that runs all through the remedy. The itching of the vulva is so intense that she feels as if she could tear it to pieces, this symptom returned at intervals for years and was cured by Culex. Menses come too soon with a profuse dark clotted flow, violent pains in the uterus compelling her to go to bed.

Head
The dull frontal headache begins on waking at 5 a.m. and passes away after lying awake for a while. The headache is made worst by the least motion followed by intense vertigo which comes on in the afternoon and is located in a spot over the right eye. Some of the head pains go from the cerebellum to the forehead or right temple, the boring pains in the temples come on several times a day, the pain comes and goes across the forehead just above the eyes, a rending pain back of the eyeballs. Itching and stinging of the scalp.

Limbs
The hands and fingers are hot and burning, as if frozen with severe pain. As if he must tear the flesh for relief while the back of the hands felt cold and benumbed. There is coldness of the right hand while the left hand is warm. Lower limbs feel heavy and restless. Feet are tired all day long. While walking as the soles are tender and there is intense itching on the tops of the feet.

Lungs
There is constant desire to sneeze and cough. Deep sighing breathing with constant desire for a deep breath.
On rising, he must spend time hawking up from the pharynx dark green scabs and strings of tough mucus tinged with dark blood and coughing from the trachea green scabs corresponding to the green discharge from the nose. Cough caused by burning in the chest. Whistling strangling choking cough with red face and water running from the eyes. Dry hacking cough with the feeling as if he would vomit. Small amount of yellowish white expectoration. Apex of the right lung, soreness which is aggravated by deep breathing or raising the right arm. Oppression and anxiety in the chest.

Male
Burning of the glans penis and there is a strong smelling discharge from the glans. Itching of the scrotum from spots like bee stings, these spots swell and burn and itch, rubbing only aggravates the itching, stinging, burning.

Mouth
Dryness and burning. Breath is foul and it seemed as if he could smell it himself. Constant wetting of the lips. The saliva leaves the lips sticky. Saliva, whitish, leaves a bad taste in the mouth in the morning on waking. a sickish taste as if he had been drinking warm mineral water. Periodical attacks of salivation, at night the pillow is wet and the daytime the saliva accumulates and causes continued swallowing. (Merc.)

Nose
Watery discharge with bloody scabs on the inside, dry or moist and bloody. Copious discharge which may be greenish or light-colored and the head feels stuffed. Itching, stinging and tickling are present. Rubs and scratches because his nose itches inside and outside. The more he rubs it the more it burns. On top of nose is a shining redness. Nose is swollen, Eruptions contains a clear colorless fluid. Nosebleed, morning and night on blowing the nose. An ineffectual desire to sneeze.

Rectum
The usual desire for morning stool is absent, the stool is scanty, lumpy and expelled with effort. The first part of the stool is hard and scratches the anus.

It is followed by a soft stool after stool he has the sensation that he has not finished so he sits and strains until blood comes (Merc.). Itching and burning of the anus, it is scalding hot and raw as from a bite.

Skin
Tormented by itching, burning, heat. Scratches which makes more trouble yet he must scratch to relieve that terrible, constant itching. There is no comfort in bed or out of it.

Sleep
Restless during sleep, much tossing about. Heat of the bed causes him to waken frequently, must rise early in the morning to move around for relief. Unrefreshed by sleep which has been restless and full of dreams of quarrels, fights and of the dead.

Stomach
Thirst for cold water which causes burning in the stomach with urging to stool, followed by loose and dark brown offensive stool, much tenesmus lasting several days and gradually subsiding into painless diarrhea. The appetite is increased but the food does not digest, it sours in the stomach. Appetite is quite likely to be ravenous and he must have his dinner on the minute or he feels faint. Especially hungry and faint in the morning and cannot wait for the breakfast to be prepared. Nausea, day and night from even the thought of food. Nausea with gagging and retching and inability to vomit. Sickening pains and belching of much offensive gas.

Temperature
There are hot flushes as if a chill would follow, followed by warm perspiration which is strong smelling and sticky, this stickiness is also noticed in the saliva.

Comments
Culex was proved by Dr. Kent, but the only verification Clarke has found is of this symptom: vertigo every time he blows his nose.

W. P. Wesselheft cured a man, forty, stout, thick-set, light brunette, who had swelling on upper jaw over first right tricuspid. Slight redness of cheek. Abscess threatened with paroxysmal throbbing, dull pain better by warm applications. This came on after exposure to wet weather. Merc. and Rhus-t. did no good. The patient then said that whenever he blew his nose he had vertigo with a sense of fullness in the ears.

Culex promptly relieved the pain and in forty-eight hours the swelling had gone. It might be well to prove a tincture of specimens of Anopheles well charged with malarial organisms.