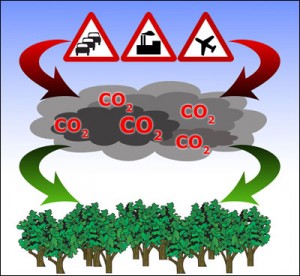 (Carbon dioxide may be very restless, be involved in jobs or hobbies that require constant movement. It could occupy physical labor jobs, or Gases are defined on the basis of the Kinetic Molecular Theory. The theory makes several assumptions about gases:

(Carbon dioxide may be very restless, be involved in jobs or hobbies that require constant movement. It may be involved in professional sports or in dancing. It may be physically fit when well or be in a complete opposite shape when pathology progresses. Carbon Dioxide could be considered as a remedy for loosing weight! It could be a remedy for motivating people to exercise.

(The More Carbon dioxide moves, the more energy he has, and he gets hot, so it is possible that motion ameliorates, and rest aggravates, the area of movement is not important. Carbon dioxide person would heat up very quickly and, most likely, perspire excessively. It is possible that he treats all solid — metals and mineral — people around himself more or less equally, no matter who they are and where they are situated. The exclusion is that he is more respectful to lighter gases — he will allow them to be on the top of himself, and more abusive to heavier gases — he will be on the top of other heavier gases. He would feel very powerless and useless, when compared to lighter gases. This feeling was confirmed in proving. Also, Carbon dioxide would have a quality of bumping into things and people, and he would have the same strength to bounce back, if he has to. This feature may bring on issues with people — confirmation in a proving. He would not be sensitive to pain. It is also possible, that Carbon dioxide may have coordination problems, if he is not in a restricted environment)

(Carbon dioxide may occupy a lot of space, and if restricted, he may occupy a smaller space without any complaints. However, minerals or metals, would have a lot of problems with constriction of space. A Carbon dioxide person would have more flexibility and ease of adjustment to a new environment than any metal or mineral. He would have problems with setting boundaries for himself-the symptom is confirmed in a proving. The boundaries have to be setforthe Carbon dioxide person, and he will obey and maintain them without any complaints, unless the pressure is settoo high. Then he would transform from a soft and shapeless gas personality into a more rigid liquid or solid personality.)

The pressure P multiplied by volume V is a constant (unchanging) number.

If the temperature remains constant. (Carbon dioxide may perform under a lot or little pressure, and the space he occupies will change inversely to the pressure he takes, if the temperature of the environment maintained at a certain level during a period of time. For example, the deadline of a project is very near, the time table is very short to achieve the goal — the pressure is increased, then

Carbon dioxide person will not mingle around, he will not do purposeless activities, but he will concentrate in a quite confined space reduced volume and concentrate on his work. Therefore, Carbon dioxide will be a pressure and space sensitive personally, but less sensitive than metals And minerals. Probably, he can be in small and narrow places, but it will cause a lot of stress.) Charles’s law

With the pressure constant, the volume of gas is directly proportional to the temperature T

(If the pressure to complete a project from the very start was established at a certain level and maintained at this level throughout the project, the space Carbon dioxide occupies will be larger, if the temperature of the environment will increase. And he will occupy smaller space, if the temperature of the environment decrease. Therefore, Carbon dioxide is a temperature and space sensitive personality, at the condition that the pressure is maintained constant. It is possible, when getting a fever, he may occupy one ortwo rooms, orthe whole house.)

Boyle’s and Charles’s laws can be combined into

J.B. van Helmont (1577 -1644) discovered that a gas is formed when a limestone is treated with acid, and that this gas differs from air, and it does not support life. He also found that this gas is produced by fermentation. The same gas is present in the Grotto del Cane, a cave in Italy, in which dogs were observed to become unconscious. This gas is Carbon Dioxide.

(Carbon dioxide person may become unconscious quite easily and have asphyxiation attacks. He may feel intoxicated — the symptom is confirmed in the proving. Also, he may be sensitive to fermentation processes that may occur in intestines 3fter having excessive amount of sweats.) This gas was escaping from fissures in the floor, and it was displacing the air in the lower part ofthe cave.

(Carbon dioxide person would have a problem with high places, he would love to take lower stable positions. He will displace any lighter substances in any given space just to be located as low as only possible. He will have mainly movement down, movement down ameliorates.) Carbon dioxide is a colorless and odorless gas.

(Carbon dioxide is barely noticeable in a group of people, he would have fair skin, pale face, he would wear colorless cloth and would not have any body odor. However, Watch out for him!) It is about 50% heavier than air. (Air would not mix with Carbon dioxide —

Carbon dioxide would occupy levels close to the ground, unless another heavier gas is present at the time. There are only two heavier gases than

Carbon Dioxide — lodum and Xenon. It is possible that because of his heavy molecular weight of 44, he can not compete with air or any other multiple lighter gases, and he will have the inferiority complex, low self esteem and self confidence. This symptom was confirmed in the proving.)

When it is dissolved in water, only about 1% of it reacts with water and it forms carbonic acid with a weak acid taste. (Carbon dioxide would have a low fear of water..) C02 + H20 = H2C03

Carbon Dioxide is easily soluble in water. One liter of water at 0 degrees C dissolves 1713 ml of the gas under 1 atmosphere of pressure.

(Carbon dioxide would feel comfortable in water, and when the opportunity presents, he leaves the water without being hurt or changed.)

Carbon dioxide represents the most highly oxidized condition of carbon (this may cause a feeling of victimization), it is therefore the ultimate oxidation product, and also it is the major product obtained when carbonaceous matter is burned in an abundant supply of air or oxygen.

(Carbon dioxide person looks the oldest out of all available carbons, he has the most wrinkled skin and the skin is dry without elasticity, and a little bit of a darker color. It is possible that dioxide person will have dry eczema problems with deep cracks.)

When the supply of oxygen is insufficient to provide a complete conversion of Carbon to Carbon dioxide — C02. the less highly oxidized product Carbon monoxide — CO is formed.

Carbon dioxide molecule consists of three atoms. (All provers confirmed that number 3 appeared very often in their every day life.) Carbon dioxide is an example of a molecule with two double bonds (2 x 2 = 4) to the same carbon. (Number 4 was also comforted in a proving.)

Carbon Dioxide may also exist in crystalline / solid and liquid forms under certain conditions (of temperature and pressure). Solid Carbon Dioxide (-78 deg. C) is known as dry ice, and it is used as a refrigerating agent. ”Dry Ice” has the advantage of not melting into liquid, but sublimes and it absorbs 3 times as much heat per gram of weight as the regular ice in the process of refrigeration (It is possible that Carbon dioxide person may take cold very well, as well as he takes the heat. Depending on the environmental situation, he may be solid as a crystal rock, or liquid with white coloration or a colorless gas. However, Carbon dioxide feels the most comfortable in every day situation as a colorless gas — he has less restrains.)

Carbon Dioxide can be liquefied at an ordinary temperature under a pressure of about 70 atmospheres.

(If a liquid is heated sufficiently, it will become a gas or a vapor, if a gas is cooled sufficiently, it will liquefy. If Carbon dioxide person is under a lot of pressure, he does not brake, but becomes more solid, more together, but rigid with less flexibility, and he can be in this condition for as long as the pressure exists, even if this condition is not very comfortable.)

Carbon dioxide is available commercially in steel cylinders as liquid under the pressure of its own vapor.

(If the pathology of the Carbon dioxide person progresses, he may have toxicity problems, therefore, C02 may be a good liver remedy, and a remedy used for gas poisoning.)

Human beings lose consciousness when exposed to an air containing 10% of Carbon dioxide for only a few minutes.

(Carbon dioxide may be a good lung and fainting remedy. Also, provers had an anxiety whether they will have time to complete their work, and difficulty with concentration to accomplish projects. This anxiety may be related to the toxicity of Carbon dioxide and inability to clearly think in the presence of Carbon dioxide. Human beings watch out for the presence of C02 and try to control and reduce its amount. This may create a feeling of danger around — the symptom was confirmed in the proving.)

Carbon dioxide is used for the manufacture of — sodium carbonate — Na2C03 x 10H20 (washing soda), it is a white crystalline substance used in household alkali, for washing and cleaning, and as an industrial chemical; — sodium hydrogen carbonate — N3HC03 (baking soda, bicarbonate of soda), it is a white substance usually available as a powder. It is used in cooking, in medicine, and in manufacture of baking powder. Baking powder is used in making biscuits, cakes and other foods. Its purpose is to provide bubbles of gas, to make the dough ־rise־. The reaction that occurs involves the action of an acid on Sodium Hydrogen Carbonate, to form Carbon Dioxide. (Some provers had digestive problems with excessive formation of gas, some had stubborn constipation.) — carbonated water, for use as a beverage (soda water). Carbonated water is charged with carbon dioxide under the pressure of 3 or 4 atmosphere.

Carbon dioxide is used in fire extinguishers because of its properties of being 1 1/2 times heavier than 3ir and for not supporting ordinary combustion. The cylinder of a portable fire extinguisher is filled with liquid carbon dioxide. It releases C02 from the steel cylinder in the form of a gas to smother the fire.

Plants use C02 in the photosynthesis process. It this process, chlorophyll

(It is possible that Carbon dioxide person may be involved in some of the above businesses, or in the production of the above products.)

The most important carbonate mineral is Calcium Carbonate СаСОЗ. This substance occurs in beautiful colorless hexagonal crystals as the mineral Calcite.

Carbon Dioxide is a widely distributed gas, which makes up 0.4 % of the air.

There are processes in nature that keeps the amount of atmospheric carbon dioxide at a relatively stable level. The main contributors participating in this cycle through various processes are: contributor process generates

(The molecule of Carbon dioxide consists of зп atom of Carbon 3nd two 3toms of Oxygenium. All provers h3d financial problems with imaginary loss of large sums of money. This symptom , most likely, is related to the presence of Carbon. Carbon as in diamond form has to do with large sums of money. Also, Calceria Carbonica has fear of poverty. This is another relationship with loss or fear of loosing money.)

Preparation and test for Carbon dioxide